Ismail Berbatovci closed the door of his apartment in the small central Kosovo town of Lipjan/Ljipljane for the last time on the morning of July 23, 1998.

His wife Peme remembers that he went out to do an interview with Rame Buja, a senior leader from the Kosovo Liberation Army, KLA, at the guerrilla force’s local base in the nearby mountains.

Armed conflict had already been simmering for several months between the guerrillas of the KLA and Yugoslav troops and Serbian police controlled by President Slobodan Milosevic’s regime.

Berbatovci was a correspondent for Pristina-based daily newspaper Rilindja (Revival) and editor-in-chief of monthly magazine Fjala Jone (Our Word); he also served as head of the local office of the Kosova Information Centre, a media outlet that was affiliated with the Democratic League of Kosovo, LDK political party. At the time, the LDK and the KLA were involved in their own bitter dispute about how to conduct the struggle against repressive Serbian rule.

As evening approached, Peme Berbatovci kept looking out of the window, watching and waiting for her husband’s return.

“There were no mobile phones at that time and I thought he might have gone to his brothers’ house in Dobraje e Madhe. But the next morning, two of his brothers came to our apartment and I realised that something might have happened,” she said.

His brothers’ neighbours told them that the journalist had been detained at the KLA’s base in Blinaje, which he had also visited several days earlier to set up the interview with Buja. “The first time he went there was on July 17, together with Nazim Bllaca,” said his widow. Bllaca, a controversial figure who later became a witness in post-war court cases against KLA chiefs, is the brother-in-law of Berbatovci’s sister.

KLA officials told Berbatovci to come back on July 23. He returned for the interview and then went missing, and his family still have no idea what happened to him. His body has never been found and no one has been prosecuted over his disappearance.

“My brother-in-law and I met Fitim Selimi [a senior KLA leader], who was a friend of Ismail. He told us that he saw some people taking Ismail away with a red car. According to him, Ismail urged him: ‘Fitim, do something!’ But he has never told us anything else,” Peme Berbatovci said. “I’ve asked him if he tried to persuade those people [to release Berbatovci] but he has not answered me.”

She then tried to find out what happened to her husband by approaching other influential KLA figures.

“I also asked his friend who also was a KLA member and comes from this town, Heset Sahiti. He told me that for two weeks while [Berbatovci] was detained, no one touched him. But he said he was not aware of what happened to him after that,” she said.

Sahiti told BIRN that he only found out much later that Berbatovci had disappeared. “All I can say is that I heard of this case after the war. I am sorry about his case but I don’t know anything,” he insisted.

One of the missing journalist’s brothers, Nazmi Berbatovci, said that he asked Nazim Bllaca about the disappearance, but Bllaca did not give him any information either.

“We have family ties with Bllaca. I have asked him two or three times but he has not disclosed anything,” Nazmi Berbatovci said.

Bllaca, a self-confessed political assassin, has admitted to involvement in two political murders after the war while he was part of Kosovo’s unofficial secret service, SHIK, which emerged from the ranks of the KLA. He was a key witness in two high-profile trials – known as Bllaca 1 and Bllaca 2 – in which close relatives of former KLA commander Azem Syla were convicted of killing of a Kosovo Albanian regarded as a Serbian collaborator and some attempted murders.

‘He was never a traitor’

The disappearance of Berbatovci was mentioned once during a trial at the International Criminal Tribunal for the Former Yugoslavia in The Hague, during proceedings against Fatmir Limaj, a wartime KLA commander who was ultimately acquitted in 2005.

Fitim Selimi, who is now a thoracic surgeon and at the time was practicing as a doctor as well as working as a human rights activist, testified at the Limaj trial and was asked about the period when he ran a makeshift clinic for the KLA in Shale, near Blinaje, during the war.

Selimi was also quizzed about the Berbatovci case. The Hague Tribunal prosecutor asked him if he remembered sending a message to Berbatovci’s family on July 24, 1998, “saying that he was being held by the KLA for questioning but he’d be released soon”. Selimi responded: “Never, never.”

Asked again about the case by BIRN, Selimi declined to comment, apart from repeating that he had not spoken to Berbatovci’s family: “Only after the war did I hear about his disappearance,” he insisted.

Former KLA leader Rame Buja said that the interview that Berbatovci had planned to do with him in Blinaje never happened and that he only heard after the war that the journalist had gone to the KLA base to talk to him.

“Ismail was my friend. He was a journalist and a patriot. What has been burdensome for me is the fact that nobody has informed me that a journalist came to interview me. What I heard after the war is that allegedly Serbian police brought him near to our [KLA] checkpoints and one of our soldiers took him after he told them that he wanted to do an interview with me,” Buja explained.

“I don’t know what happened to him. After the war, my wife told me that his wife had contacted her and asked for help to find out about Ismail’s fate because he had left his home for an interview with me. I was shocked because I imagined how something bad could have happened to him,” he added.

Buja said that he feels bad that Berbatovci’s family has suffered since his disappearance. “Someone might have branded them traitors, but he never was one,” he said.

Kosovo Albanians whose relatives were killed or detained by the KLA were often regarded as Serbian collaborators or traitors by their fellow Kosovo Albanians.

Peme Berbatovci recalled that before his disappearance, her husband was often detained by Serbian police while he worked as a journalist. “He was beaten up but he never got scared,” she said.

“He was passionate about his work. That is why he named our two children after the newspaper he worked for – Rilindja for our daughter and Rilind for our son.”

Behar Zogiani, one of Berbatovci’s colleagues at Rilindja, said that they knew each other for more than 15 years.

“He was passionate about the job and he was not a party activist. He was a proper journalist who reported mainly from his hometown,” Zogiani said.

Berbatovci was the first journalist to disappear without trace during the 1998-99 Kosovo war, but his case has not attracted the same amount of attention as other, later incidents. “There has been silence about his case, even from the LDK. I don’t know how to explain it,” his widow said.

At least 15 ethnic Albanian and Serb journalists were killed or went missing in the wartime and post-war period in Kosovo between August 1998 and May 2005. None of these cases has been solved.

Jusuf Buxhovi, a retired journalist and former LDK official, said he believes that Berbatovci’s disappearance was “politically motivated” because of his links to the party through the Kosovo Information Centre, where he did some of his work. “All indications lead in that direction,” Buxhovi asserted.

During the 1998-99 conflict, there was serious rivalry between the LDK and the KLA – a dispute that sparked violence, with a series of killings that continued in the years after the war.

Several months after Berbatovci went missing, the chief of the Kosova Information Centre in Pristina, Enver Maloku, was shot dead in January 1999. His murder has never been solved.

Buxhovi alleged that international and domestic officials botched the investigation into Berbatovci’s disappearance, and asked if the LDK really wants to see such cases solved at all. The LDK has never accused the KLA of killing Berbatovci.

“The silence around this case is unusual. It raises questions about whether some LDK leaders have ever been interested in shedding light on political killings,” Buxhovi said.

Peme Berbatovci, who now works as a teacher at the village school in Dobraje e Madhe/Velika Dobranja, said that she done all she can to establish what happened to her husband. “It has been a nightmare for us for more than two decades,” she said.

She added that she has been interviewed more than ten times by international prosecutors, but despite this, she has not been informed of any developments in the case. 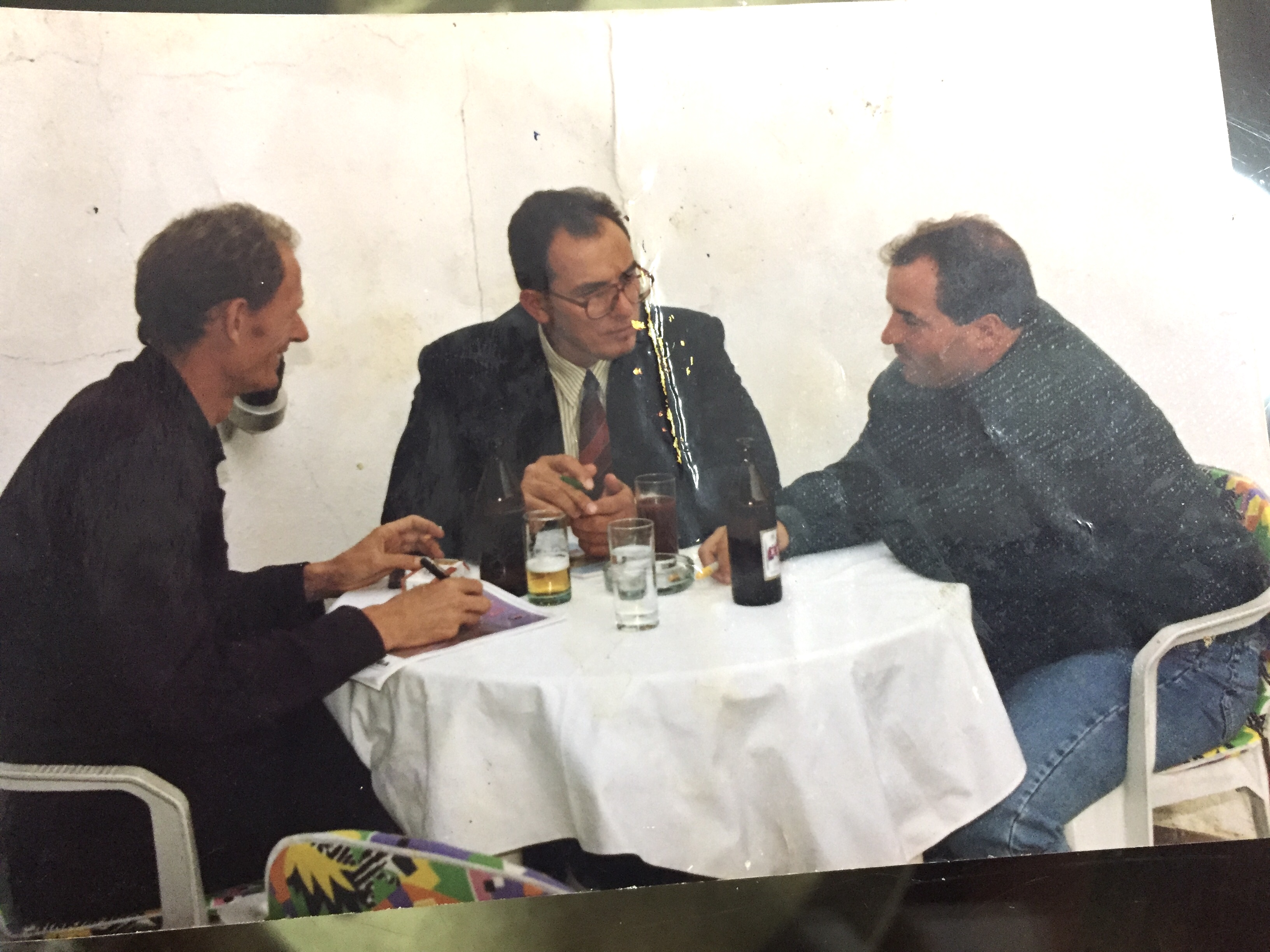 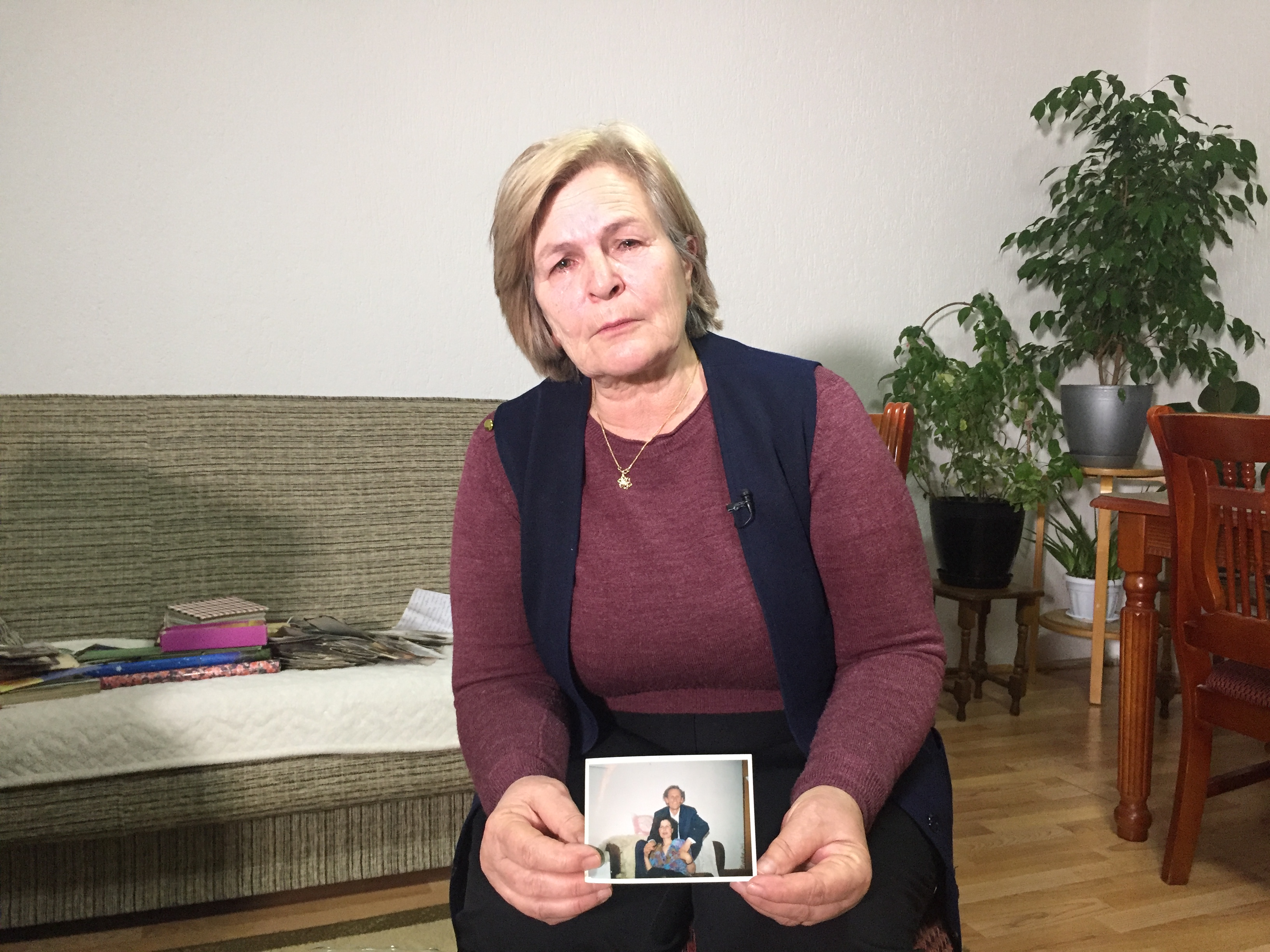 Peme Berbatovci with a photograph of her husband. Photo: BIRN. 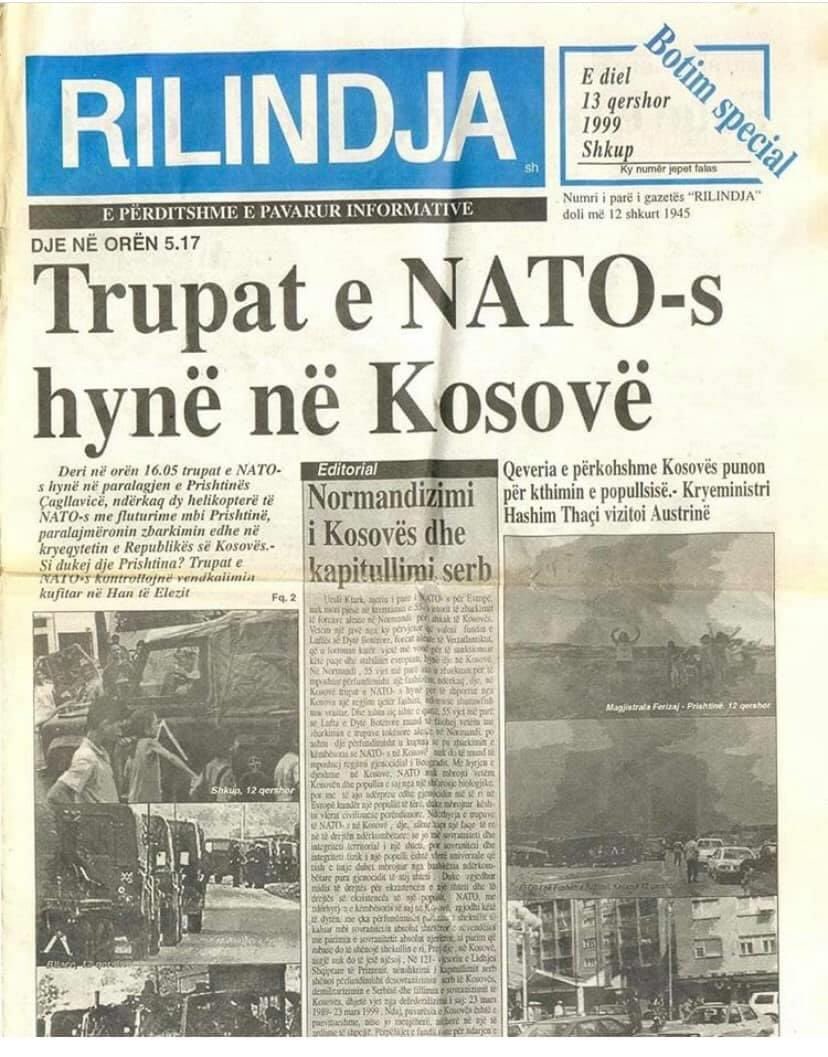 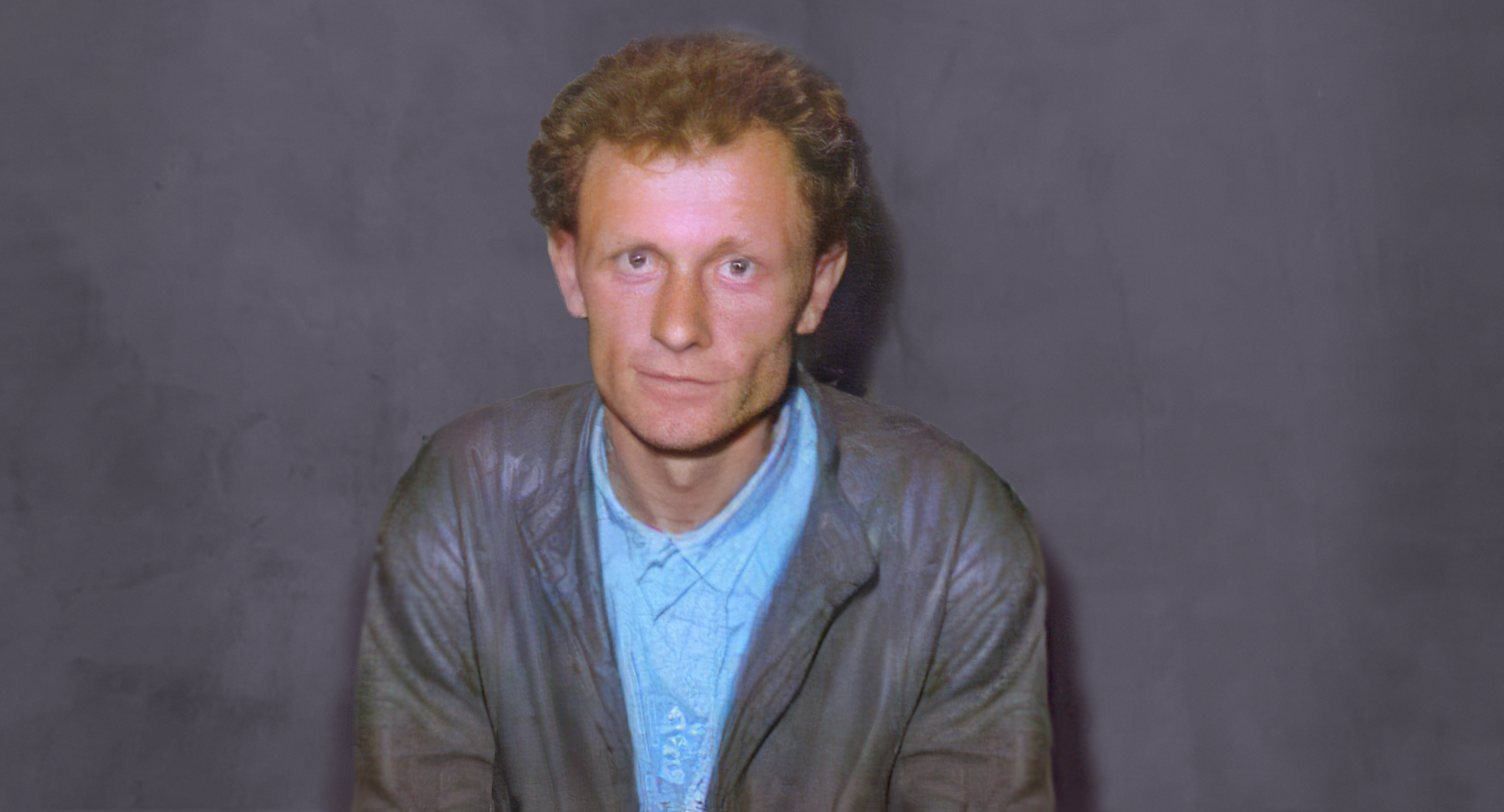 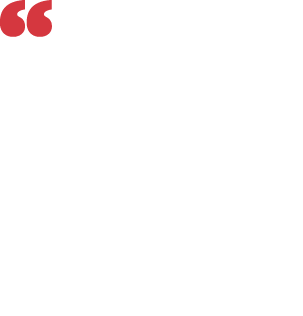